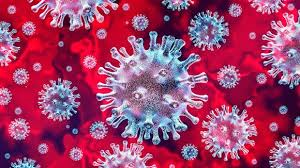 Qatar reported on Wednesday that five coronavirus cases have been detected in workers at three World Cup stadiums, the first confirmed instances among those involved in 2022 tournament projects.
The Gulf nation has reported a total of seven deaths, 3,711 COVID-19 infections and 406 recoveries since March 6 but had not previously disclosed any positive tests from workers at World Cup sites.
“The Supreme Committee for Delivery and Legacy (SC) has confirmed that two staff members who work for an SC Contractor on the Al-Thumama Stadium project have tested positive for COVID-19,” organisers said in a statement to AFP.
“In addition, three workers, one working on the Al-Rayyan Stadium project and two on the Al-Bayt Stadium project have tested positive.”
Qatar is building seven new stadiums for the tournament, one of which has officially opened, while one existing venue was refurbished ahead of 2022.
The SC was following health ministry guidance to respond to the cases and all those affected would continue to be paid and receive free healthcare, the statement added.
The timings of the competition, due to be held in November and December of 2022, remain unchanged by the coronavirus pandemic which has already forced the postponement of the European football championships and the Tokyo Olympics. Both will now take place in 2021.
Building work for the stadiums and infrastructure to host the global soccer spectacle has continued through the crisis even as non-essential retail has been halted and mosques, parks and restaurants have closed.
The SC said workers with symptoms are examined on site with suspected cases reported and referred for testing at accredited hospitals, the only establishments authorised to undertake the process.
“Those that have tested positive will be monitored on an ongoing basis by medical professionals and will stay in quarantine for 14 days,” the statement said.
“Those who came into close contact with the confirmed cases of COVID-19 are also in 14 day isolation, as a precautionary measure.”
The statement did not say that work had been suspended at any of the affected stadiums.
Labourers at several non-SC construction sites across Doha have continued to work in close proximity, AFP has seen, despite strict government social distancing rules.
At one development close to the National Museum, a dozen workers — some unmasked — crowded close together to weld steel supports over the weekend.
The Labour Ministry said on Monday that it had issued a penalty to a contractor for failing to operate its worker transport buses at the compulsory half capacity.
Authorities said they had received 1,328 complaints from workers on a newly opened complaint hotline for reporting breaches of virus rules and exploitation by employers.
Tens of thousands of workers are strictly confined to Doha’s Industrial Area after dozens in the blue-collar district tested positive for the virus last month.
Officials have said they are now considering easing the lockdown after undertaking widespread testing, detection and treatment in the area.
Advocacy groups including Human Rights Watch (HRW) and Amnesty warn that cramped accommodation and inadequate sanitation endanger migrant workers across the Gulf, who may not have access to healthcare.
Qatar has assured migrant labourers that anyone who fears they have coronavirus will receive free treatment and has guaranteed that those under quarantine will continue to receive wages.
Ninety percent of Qatar’s 2.75 million people are expats. Many are from developing countries and working on projects linked to the tournament.

The Iran nuclear deal is on the brink of collapse as Britain, France, Germany...