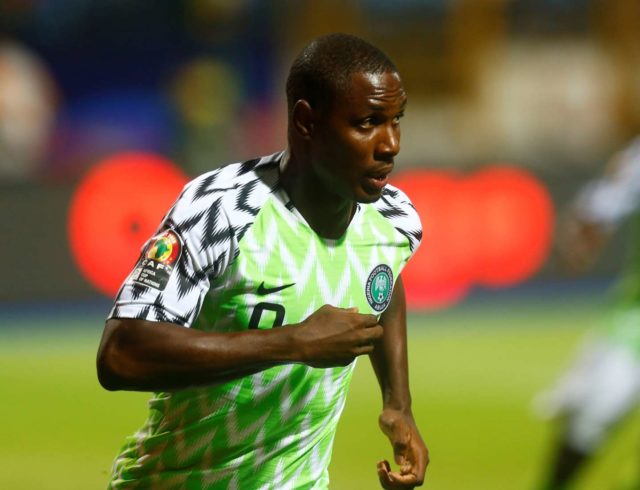 Former Watford striker, Odion Ighalo, is being offered to Manchester United for a last minute loan move, reports Mirror of London.
Nigeria international Ighalo, 30, is currently at Chinese Super League club Shanghai Shenhua and has enjoyed a successful time in the Far East.
But the Super League has been delayed because of the coronavirus and Ighalo is understood to be flying back to Europe today and could secure a move before Friday’s deadline.
Ighalo claimed last year he turned down an approach from Barcelona to be a back-up striker but coul d now be an option if United do decide to press ahead.
United are short of striker options with Marcus Rashford out and Alexis Sanchez out on loan.
Ighalo left Watford in 2017 in a £20m move when several top clubs looked at him but joined Changchun Yatai where he scored 36 goals before moving to Shanghai Shenhua.
They have also been linked with Leicester’s Islam Slimani who wants to cut short his loan spell at Monaco to return to the Premier League.
United legend Gary Neville urged Ole Gunnar Solskjaer to move for a striker before the deadline.
“I thought they would do at least two deals in this window, we’ll see what happens in the next 48 hours,” Neville said before the Carabao Cup clash with Manchester City.
“I think a striker is required now after what has happened with Marcus Rashford.”

2019 Lagos Women Run will be better

‘Clerics get lost!’: Iran protests rage on over plane disaster