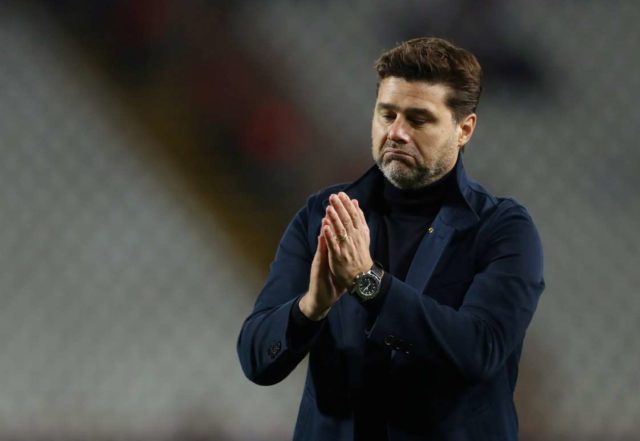 (Reuters) – Former Tottenham Hotspur manager Mauricio Pochettino said he had given the Premier League club “the best of me” during a 5-1/2-year tenure which ended with his sacking last week.
The Argentine, who led Spurs to the Champions League final last season, was dismissed after a poor run of results in all competitions this season and replaced by Jose Mourinho who has since guided the team to two wins in two games.
Speaking for the first time since losing his job, Pochettino reflected on “tough challenges” and “exciting success.”
“I gave the best of me to accomplish the objectives I was asked for in our first meeting,” Pochettino said in a statement released by the League Managers Association. “There were equally tough challenges as exciting success.”
“I’d like to thank (owner) Joe Lewis and (chairman) Daniel Levy for giving me the opportunity to be part of Tottenham’s history… also everyone I met at Tottenham, club staff and football players during these 5-1/2 years.”
“Finally, I’d like to give a special mention to the fans who make this club so great with their fantastic support… best wishes for the future, I’m sure we’ll cross paths again.”

One World: Together At Home album released