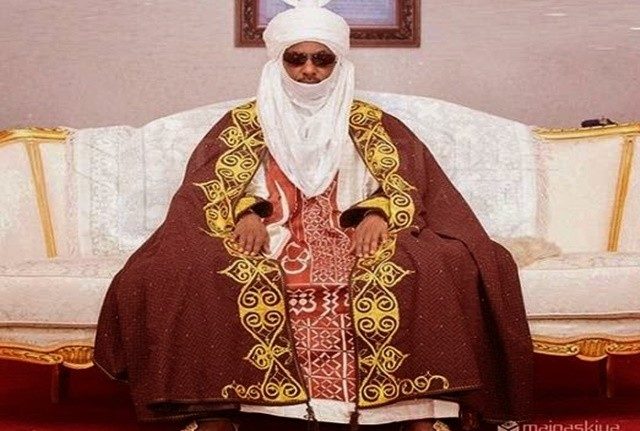 The Kano Emirate Council on Thursday filed a fresh application to enable additional parties to defend the allegation of financial impropriety against the Emir, Mohammad Sanusi.
In a suit filed before Justice Suleiman Baba Na’Mallam of Kano high court sitting on Miller road, council to the emirate, AB Mahmoud (SAN) sought the leave of the court to amend its originating prayers against Kano State Public Complaints and Anti-Corruption Commission.
The Kano anti-graft accused the emir of Kano of misappropriating millions of naira appropriated for the emirate council by the state government.
The commission had investigated and submitted report of findings in the alleged crime before the state government and had since the recommended suspension of Emir Sanusi.
But in a counter-affidavit filed by Mohammad Munir Sanusi, a senior traditional title holder in the palace, Emir Sanusi had secured a preliminary injunction restricting the anti-graft from carrying out further investigation on the matter. The emir is also challenging the legality of the commission to investigate him.
At the continuation of the hearing on Thursday, the lead counsel to the plaintiff, Dr. Garba Usman Chachangi SAN hinted that the fresh application was not allowed additional parties to join the plaintiff.
The senior advocate explained that the new plaintiffs include Kano emirate council and the acting secretary of the emirate council Alh. Abba Yusuf, making five applicants challenging the commission and Attorney General and Commissioner of Justice of Kano state.
In their separate response, councils to the commission Professor S.S Shikyil SAN and that of AG, MD Mohammad did not oppose the application.
Justice Suleiman has adjourned sitting to 9tg of January 2020 for the continuation of hearing.

Nigeria could be facing one of the biggest Leadership challenges, says Utomi