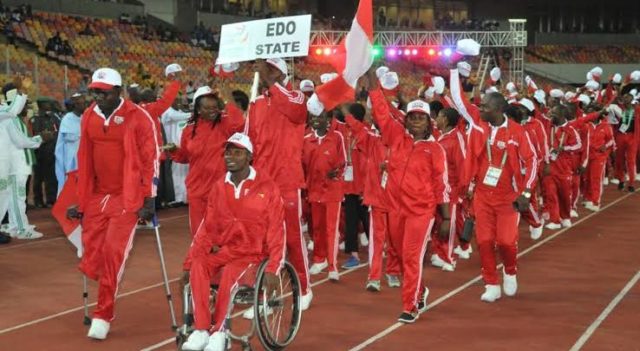 Hon. Franklin Okiye, the Speaker of the Edo State House of Assembly is a man used to coping under pressure. He knows it goes with the territory.

Being a politician in Nigeria is a tough job unlike anything seen anywhere else in the world. In addition to pressure from constituents, there are other centrifugal forces often pulling the politician away from his core mandate of service to the people.

Hon Okiye as an operator in the Nigerian political space is mindful of these challenges and has weathered many a storm. But even he will admit that since assuming the leadership of the Edo State House of Assembly, the kinds of pressure he has had to face beats everything he has experienced previously as a politician.

Watchers of political developments in Edo State know only too well attempts being made a few shadowy figures to question the legitimacy of his speakership even though he and his colleagues in the house had formally been inaugurated and him, elected Speaker of the House. He has since put that behind him and is discharging squarely his constitutionally assigned functions as law maker and head of the Assembly, and the mandate handed him by members of his constituency.

It is precisely in the area of the discharging of his functions as law maker, that he is facing pressure and blackmail. Specifically, Hon. Okiye and his colleagues in the House are engaged in a battle of wits with some highly placed individuals in the state who have sworn that the Edo State Sports Commission bill will not be passed into law. These individuals, exemplars of the old order of greed, nepotism, incompetence and other malfeasance, which for decades stunted the growth and development of sports in Edo State, are working frantically to put all manner of impediments in the way of the passing of the bill.

To put things in perspective, Governor Godwin Obaseki had last year established the Edo State Sports Commission to replace the Ministry of Sports, which over the years had proved incapable of developing sports in the state to the extent that it not only became a means of empowering the youths but also of generating revenue for government. Governor Obaseki, who made this decision through an Executive Order, had followed it up by sending a bill for the establishment of the Commission, to the Edo State House of Assembly.

In the bill, which the Governor hoped would become law within the shortest possible time; the functions of the commission were clearly spelt out. There were:

a. Formulate and implement Edo State sports policy
b. Encourage mass participation in sports
c. Support financially or otherwise, sport organizations, clubs, schools, associations in programmes designed for the purposes of encouraging participation in all forms of sports
d. Work with schools and relevant agencies in the Ministry of Education to develop school sports
e. Facilitate and provide for the training of coaches and sports administrators
f. Work with Local Governments through their sports committees in promoting and developing sports in the state
g. Regulate and supervise the activities of the sports associations, sports committees in the Local Governments, and all other sports activities within the state.
h. Promote activities aimed at discovering and nurturing sport talents across the state
i. Promote the use of sports as a tool for social, economic and tourism development in the state
j. Establish and maintain playing fields and premises for all sports activities, professional and amateur
k. Control and where it is in the opinion of the Commission so to do, take over and manage sports activities, for such period as the Commission may think fit
l. Establish standards for the activities of any sports association in the state; and
m. Perform other such duties or functions as may be required to give effect to the provisions of this law.

From the brief of the Commission it was clear Governor Obaseki envisioned a professionally administered body that would over time contribute meaningful to the increased revenue profile of the state government whilst at the same time bringing about a new dawn in sports development.

Many Edo indigenes who shared the Governor’s vision applauded the move and eagerly awaited in the next few months, for the passing of the bill regulating and empowering the Commission into law.

That wait lapsed into over one full year as vested interests in the state with the connivance of members of the last House of Assembly, sat on the bill. For the one year the bill was in the House, no action was taken on it. It was even suggested by a few individuals close to the legislators, that the bill was smuggled out of the House.

It took the intervention of Speaker Okiye and members of the present House to “rescue” the bill. The Speaker and his colleagues in resurrecting the bill assured Edo people that it will be passed within the shortest time possible. That assurance was matched with solid action as within the one month between August and September 2019, the bill, which failed to get any traction in the immediate past House, has scaled second reading.

Seeing the “miraculous work done on the bill by the House, the shadowy figures interested in burying the bill and with it, the future and well being of Edo children born and unborn, have been working round the clock trying to induce Speaker Okiye and his colleagues financially to slow down work on it. The Speaker and other members of the House have flatly refused to fall for their antics insisting on doing what is needful and honourable.

Thwarted on this score, the opponents of the bill are exploring political options to push through their scheme.

On Wednesday, September 18, 2019, however, Speaker Okiye and his colleagues showed that such political scheming may just be headed for the rocks as they pressed ahead with work on the bill. On that day, the House held a Public Hearing on the bill. Before a packed House filled with members of Nigeria’s sports fraternity, sports enthusiasts and officials of the Sports Commission, Speaker Okiye gave an impassioned speech in which he assured Edo people that passage of the bill was a priority for he and his colleagues noting that at the end of the exercise, a more robust bill would be sent to Governor Obaseki for accent. With the conclusion of the hearing, the stage is set for the third and final reading of the bill in a few days time.

At the stage things are right now, the battle is no longer that of Speaker Okiye and colleagues alone. All well-meaning sons and daughters of Edo State must engage battle with these forces of reaction who are bent on killing sports in the state.
Other men and women of goodwill should also lend their voices to the struggle. We must all realize as the philosopher Edmund Burke said, that evil triumphs when good people keep quiet. We must resist these reactionary figures and stand up for sports in our dear state.

.Osagiede, a lawyer and public affairs analyst is based in Lagos